A New Duo in New Bedford 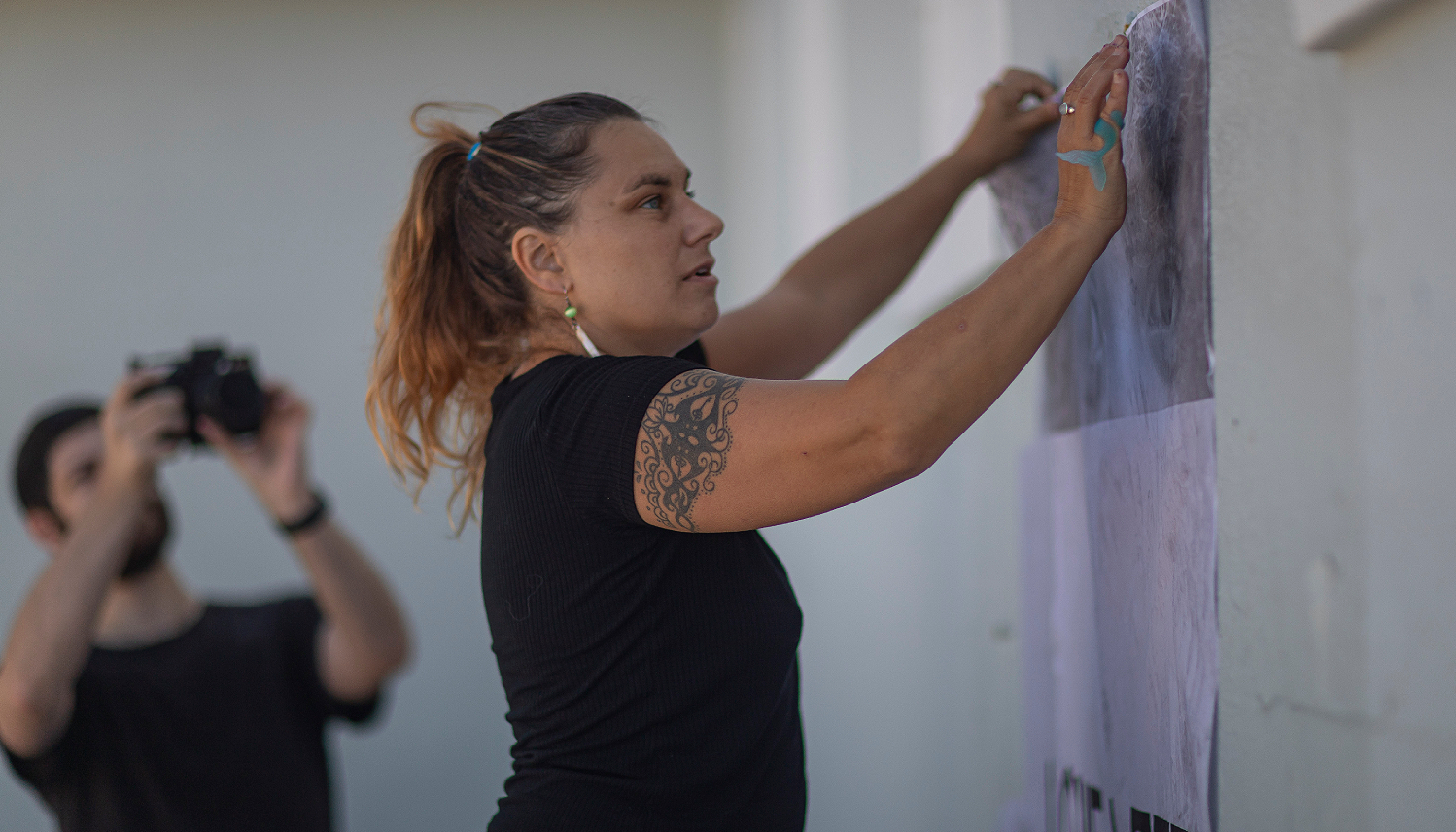 A creative city is energized not only by the residents who have always called it home, but also by the new residents who are attracted to the social and cultural experience of living in New Bedford. Which is the ‘why’ of how Julia Roth and Cedric “Vise!” Douglas became Creative Ambassadors for the city.

“I love the energy, diversity and charm of this city,” says Julia Roth. “There is a strong history one can feel even if they don’t know the whole story.”

Julia Roth will be adding to that story as a Creative Ambassador for the Creating Connections project. She’s ready for the role – or perhaps more accurately, she’s ready to roll. That’s because Julia, along with her partner, is the creator of the Up Truck.

The Up Truck is a mobile art lab designed for community engagement, and it will very likely soon be in a neighborhood near you. Julia explains that she and her partner “used it as a vehicle for connecting and creating with individuals in Boston and beyond. In 2020 we moved to New Bedford where we work and create everyday.”

For her Creative Ambassador project, Julia is contemplating creating  large-scale, Interactive wheat paste murals in three different locations throughout the city. Community members will be invited to fill in areas of the mural. Think of a really big mad libs-style letter that the public helps bring to life, she says. The first one is already up at the West Beach pavilion in the south end.

The aim of the project is to enable a way to learn more about what people love about New Bedford – and how New Bedford can love them back.

Julia loves spending time at the  beach, in the garden, walking with her dog or painting in her studio. It’s fair to say that she’s found many reasons to love New Bedford.

The interdisciplinary artist and art therapist was born in Burlington, Vermont, and moved to Boston in 2009 to complete her Masters degree in Expressive Art Therapies from Lesley University.

“I have been working with individuals and communities for over a decade sharing art, engagement, stories, and healing,” Julia Roth says. And now, she’s doing that by creating a Love Letter for New Bedford – coming at you on four wheels and with a bucket of wheat paste.

Moving to New Bedford with Julia is Cedric Douglas – another powerful practitioner of public art.

abandoned spaces, in Boston, Quincy, and surrounding New England areas. In the early 1990s, he went under the alias as “Vise1” – an acronym for Visually Intercepting Society’s Emotion one image at a time.

Cedric “Vise1” Douglas was born in 1977 in Boston, Massachusetts. He received a Bachelor of Fine Arts in Graphic Design from the Massachusetts College of Art and Design in 2011.

After college Douglas continued to embrace socially engaged art and design. In 2014, with his partner Julia Ritchie, he created The Up Truck. And now, he resides in New Bedford Massachusetts.

Look for Julia and Cedric on the road – i.e. hitting the streets – with their Love Letters for New Bedford.