Candida Rose Baptista: Love Each Other Through… 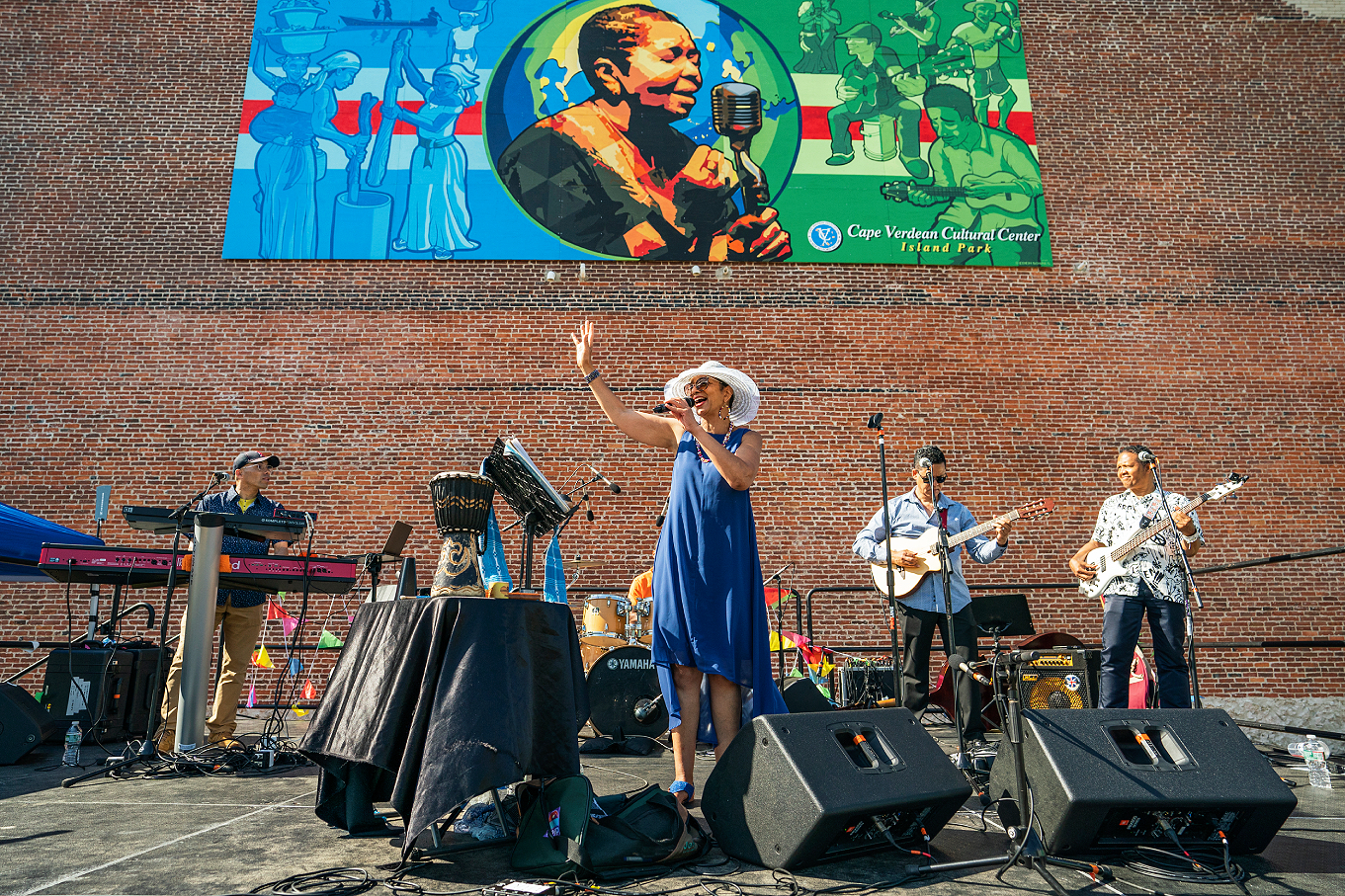 For the Creative Ambassadors project

As we travel through this life

We realize we’re not alone

As we share our good, open up our hearts,

Love each other through

Till we reach the other side

We must Love each other through

Now’s not the time to run and hide

Let’s lifts each other up in prayer

‘Cause there’s always solace there

What we need to do, Is

Love Each Other Through

Candida Rose Baptista likes to say, “Give me a mic and I’m good.” And, she’s never better than when singing one of her own compositions, like “Love Each Other Through” – which is excerpted throughout this post.

It’s her Love Letter for New Bedford, and very much the inspiration and guiding spirit of this Creative Ambassadors project from New Bedford Creative.

As a Creative Ambassador, Candida Rose – as she is popularly known to her many fans – embodies the essence of Creating Connection. It is, after all, her life’s work as a vocalist, song-writer, entertainer, educator and cultural conscious.

“Love Each Other Through” is her heartfelt response to the past few years. Years of upheaval which left a mark on her very soul – and the soul of a city and nation…

In a world so filled with chaos

When all our hope seems lost

There are treasures we must hold on to

No matter what the cost

Compassion, kindness, and empathy If we can only name a few

And for humanity’s sake

Throughout the past few years of pandemic and social reckoning, Candida Rose never lost hope. Tears came – and still spill – but hope remains.

Indeed, during the pandemic – for a virtual audience – she partnered with New Bedford’s Zeiterion Performing Arts Center to present “KabuMerikanus – The Sum of US.” It was a continuation of her work  mission to explore the Cabo Verde – New Bedford musical connection and legacy.

The show was inspired by her debut 10-song debut CD, “KabuMerikana: The Sum of Me.” It combined her Cabo Verdean musical roots with her American (primarily jazz) influences – a mixture she calls “KabuJazz”. She is currently working on a CD to be released later this year and has released two new singles – “Love Each Other Through” (which also has an accompanying video) and “Here I AM.”

As a working performer, in addition to her work with various jazz, R&B, and Cabo Verdean musical groups, through her company Golden Rose Music, Candida spends her days traveling the SouthCoast region of Massachusetts and Rhode Island as a Life Enrichment Entertainer performing for Nursing Home, Assisted Living and Adult Day Care facilities, as well as for various senior groups and associations.

Don’t be afraid to reach for my hand

I’ll be there to bring you to safety

I will help you regain your stand

Yes, I AM my brother’s keeper

No matter what people may say

‘Cause at the heart of it all I know that

“New Bedford, Massachusetts, is considered to be the cradle of Cabo Verdean – American history,” Candida Rose once told this writer – , and she should know. Her multimedia performances, including song, spoken word, images and video, are not only the result of her vocal talent but the product of her research for a capstone project.

In 2017, she graduated from the University of Massachusetts, Boston with a Masters of Science Degree in Transnational, Cultural, and  Community Studies (now known as Critical Ethnic and Community Studies). For her Masters capstone project, she developed the first of a series of presentations which evolved into “KabuMerikanus – The Sum of US” – a constantly evolving, ongoing project.

Candida Rose is dedicated to preserving the legacy of Cabo Verde musicians and music from New Bedford. That effort was even featured on a PBS national television program, “No Passport Required/Boston” with Marcus Samuelsson, which shone a spotlight on the music and culture of Cabo Verde.

Additionally, she is a contributing author of a newly released book entitled “Kriolas Poderozas: Cabo Verdean Women Writing Remembrance, Resistance, and Revolution” and was selected by the New Bedford Whaling National Historical Park in New Bedford for their 2022 Artists’ in Residency Program, from July – Sept. 2022.

She was also recently selected as a “Create the Vote” Fellow with MassCreative, and  is currently a Cultural Education Collaborator with the Falmouth Public Schools in association with the Cape Cod Cape Verdean Museum and Cultural Center, and is a Teaching Associate with Brown University.

Today, and now, she’s still shining that spotlight on Cabo Verde, and New Bedford, culture as a Creative Ambassador for the city. Behind a mic, in the classroom, or with her Love Letter for New Bedford…

Love each other through

Till we reach the other side

We must Love each other through

Now’s not the time to run and hide

Let’s lifts each other up in prayer

‘Cause there’s always solace there

What we need to do, Is

Love Each Other Through

– New Bedford creative, with Arts Midwest, is presenting this series of profiles spotlighting Creative Ambassadors in the City of New Bedford. Their stories and special projects are “Love Letters for New Bedford” and are part of “Creating Connection,” funded by The Barr Foundation. Find out more here.