The stars come out for Moby-Dick 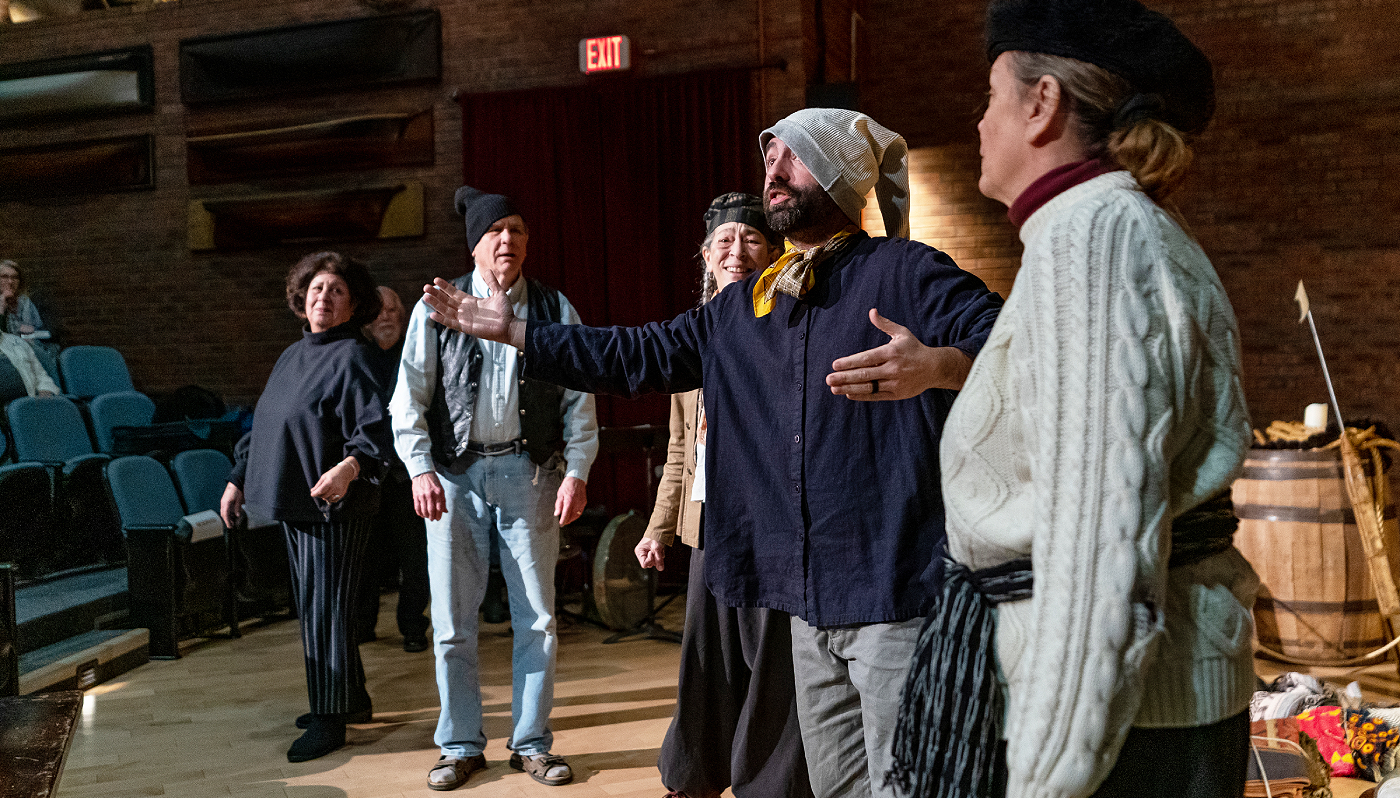 One of the most defining dates on the cultural calendar is the first full weekend in January. That’s when the legitimately world-famous New Bedford Whaling Museum annual Moby-Dick Marathon takes place. This year, it happens from Friday, January 6 and continues until Sunday, January 8, finishing around noon on that date.

The annual reading of this most great of Great American novels is imitated elsewhere, but certainly holds more resonance here in New Bedford. After all, both Meville himself and his fictional doppelganger Ishmael walked these streets.

As much as it enjoys a global reputation, the Moby-Dick Marathon is also passionately embraced by locals, too. And perhaps no better reflection of that fact exists than in the magic  created during chapter 40, as performed live on stage by the city’s own Culture*Park Theatre.

Embedded in Moby-Dick, and written in play form by Herman Melville, chapter 40’s “Midnight in the Fo’csle” will be presented by Culture*Park at approximately 7:45 p.m. on Saturday, January 7 in the Cook Memorial Theatre. (Like the Marathon, it is free to attend.)

No doubt Culture*Park will feel right at home in the theater; it’s where they mount their annual short play marathon over another weekend each year in early November. Patricia A. Thomas is its Artistic Director, as well as a task force chair on the #NBcreative Creative Consortium, and Rebecca Schade its Executive Director. The Culture*Park Theatre ensemble of actors, performers and musicians will be directed by Patricia Thomas for “Midnight in the Fo’csle.”

The short scene – approximately 17 minutes – depicts various shipmen aboard the Pequod as they share leisure time before “anchoring in blanket bay,” and ultimately being called to the deck above to steady the ship through a fierce storm. It may be short, but it is intense.

A feature of the presentation is the casting of Pip – the African-American boy from Baltimore who is aboard the ship, and who ends the scene with a monologue and prayer to the “big white God aloft….”

Culture*Park digs deep into the community to find its Pip, and this year they’re pleased to present the debut of Josiah Bodden, a 4th grade student at Taylor Elementary School in New Bedford, in the role.

This, then, is his first theatrical bio, and it is as follows: Josiah Bodden, 9, is a 4th grade New Bedford native. He recently started playing the piano and saxophone. He enjoys math and science, and is a participant in the SeaLab program. When he isn’t playing with his three sisters, or pup, Jua, he can be found building villages on his favorite video game, Minecraft. Josiah is excited to play Pip, as his first public performance.

Reflecting the world-wide fame of the reading, the stage debut of young Josiah happens on the same weekend that Emmy- and Golden Globe-nominated actress Taylor Schilling opens the marathon by reading its first chapter on Saturday. Taylor Schilling recently portrayed Erica Gauthier in Hulu’s hit miniseries, “Pam & Tommy.” Soon, she will star alongside Connie Britton in Apple TV+’s series “Dear Edward,” based on the novel by Ann Napolitano. Previously, she appeared in “Orange is the New Black” on Netflix.

They are determined to keep New Bedford Creative for all ages and at all stages of their own artistic journey.

That effort is as epic as Moby-Dick itself, we think.

(Learn more about all the events associated with the 27th annual Moby-Dick Marathon here.)