There are no Mission Impossibles for Beatriz Oliveira 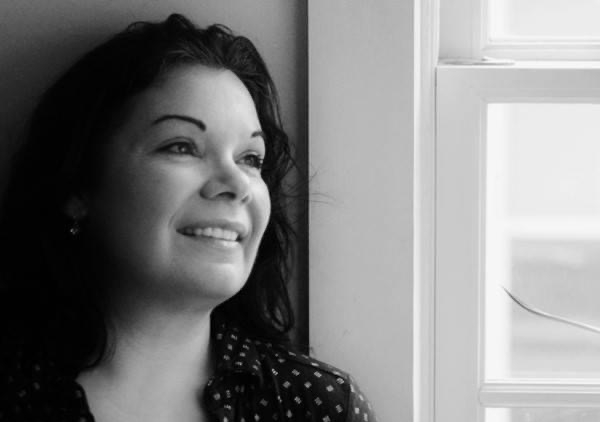 There aren’t many people who would accept this mission: to co-create, activate and celebrate in every neighborhood of all 20 square miles of the City of New Bedford during a sprawling three-day arts and culture festival.

But Beatriz Oliveira did.

Far from putting her feet up after that tremendous achievement, Beatriz Oliveira is now a Creative Ambassador for the Creating Connections project, among her many other endeavors.

Perhaps what motivates Beatriz is the constant sense of discovery she finds in the city. She was born in Portugal, near the Spanish border and is fluent in Portuguese and Spanish. Beatriz was transplanted to the United States by her parents at the ripe “old age” of 10, and grew into her teens among the weeds and the flowers of New Bedford, Massachusetts, she remembers. Her multilingual upbringing and early immersion in a wide mixture of diverse cultures, so prominent in the city, played a big part in shaping her creativity and subsequent work as an adult.

Chief among those endeavors is being the sole proprietor of Beatriz & Company, serving clients primarily in Massachusetts and Rhode Island in the areas of development (fundraising), marketing, and the production and management of small to large scale events. Beatriz has also independently produced a wide range of cultural experiences and arts projects in New Bedford throughout her adult life – like 20mi2.

As a Creative Ambassador, Beatriz will capture the sense of discovery unearthed through 20mi2 and so many of her other projects in New Bedford in a series of short videos that will effectively create a record of the energy flowing throughout the city – and a roadmap for where it’s going.

She’s well positioned to create these Love Letters for New Bedford. In fact, a previous Oliveira production was “Postcards from New Bedford: a Photostory Project.” This project included the curation of a photography exhibition at ArtWorks (now part of the New Bedford Art Museum), a publication of a photography book, and a “Kids with Cameras” community program that challenged young people to select and photograph what they found interesting in their neighborhoods. Their photos were included in the ArtWorks exhibition. Several of Beatriz’s photos from the “Postcards from New Bedford” project were purchased by the Mayor’s office and still hang on the walls of the New Bedford City Hall, in the central spiral staircase.

Other notable projects include the co-production and curation of the 13-week CVPA Star Series at the College of Visual and Performing Arts (CVPA), presenting both visual and performing arts. Beatriz also produced other engaging art-themed special events, such as Midnight Supper with Frida & Diego, Dessert with Dalí, and the Mad Hatter Tea Party – engaging several local artists in all the creative process.

Over the years, Beatriz has also produced a series of music events. Most recently, she hosted a series called “The Listening Hour” in which she engaged local singer/songwriters to perform for a silent audience.

You’d be correct if you get the sense that Beatriz Oliveira is in constant motion. Incessant exploring, and a never-ending sense of discovery, characterizes the person for whom there are no Mission Impossibles – but only Lover Letters for New Bedford to still create.