The CEDC puts out the welcome mat 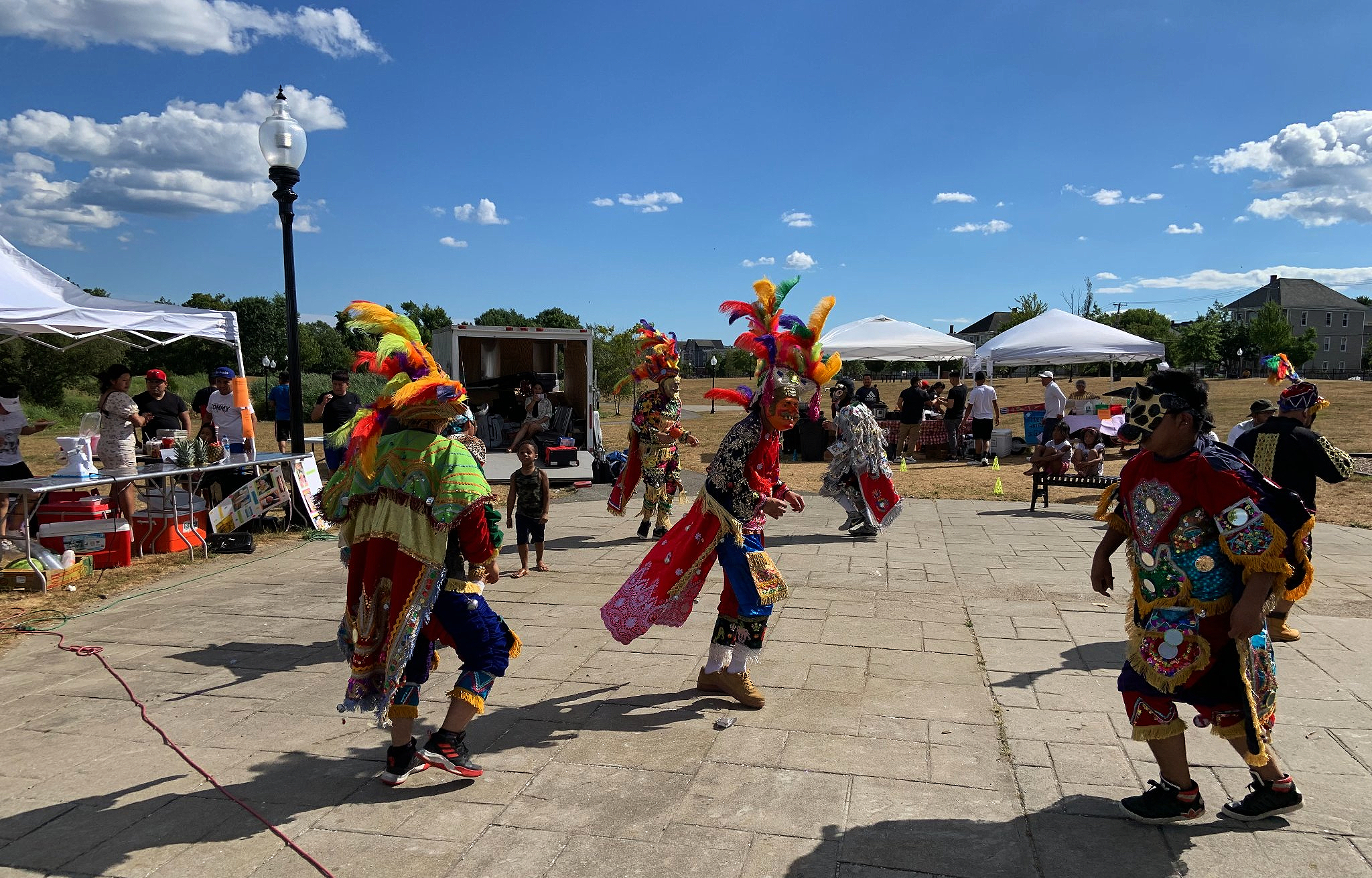 “At the Community Economic Development Center (CEDC),  we have worked on many initiatives and projects mostly working to help working-class immigrant families build a better life for themselves here in New Bedford,” states Brian Pastori, who has worked at the CEDC since 2005.

He explains that “the CEDC doesn’t have artists/creatives on staff – our role has been to create opportunities and connections with artists for place-making opportunities. Since 2012 we have organized the creation of ten Murals in the North End of New Bedford, several photo installations, the Festival Típico de Guatemala for the past five years and the Patio de Comidas weekly food and entertainment event at Riverside Park for the past two years.”

As collective Creative Ambassadors – and effectively a “Welcome to New Bedford” organization – the CEDC  will be working to bring New Bedford’s Central American Community together using art and cultural activities to engage community members.

“We are taking a two-pronged approach with the Patio de Comida and the Festival Típico de Guatemala – which are both located at Riverside Park in the heart of the immigrant community here in New Bedford,” says Brian.

The food patio Patio de Comida brings mostly Latina vendors together to try their luck selling food or merchandise at Riverside Park. It features foods from Colombia, Mexico, Guatemala, and Afghanistan.  The event brings several hundred people to the park, where families are able to use park amenities and enjoy authentic street foods.

“This year we have expanded the Patio de Comida to include entertainment from Yoga in the Park to traditional Mayan Dancing,” notes Pastori.

Meanwhile, the Festival Típico de Guatemala is an annual celebration of Guatemalan cultures. This event brings thousands of people from Providence, New Jersey, and Boston to New Bedford.  The event is organized by a committee of New Bedford’s Guatemalan community members who help book the talent, design the stage, and promote the event.

“We work with local musicians to play both traditional and popular music as well as display artisan crafts and hand skills. We feature traditional dances such as the Baile de Conquista, torritos, and convite. There is also great authentic street food with additional vendors above and beyond the Patio de Comida.”

Welcoming people to New Bedford is ingrained in Brian’s professional life – perhaps because he himself discovered the city for himself. “I moved down to Southeastern Mass from Medford, MA to attend UMass Dartmouth in 2000. I moved into New Bedford in 2005 when I began my AmeriCorps VISTA program with the CEDC, where I have been working ever since.”

Though he’s embedded in the North End community, where the CEDC has an office at 1501 Acushnet Avenue and holds the aforementioned events in Riverside Park, Brian lives in the West End of the city with his husband, Robert. There, he says that he is “an aspirational gardener and beekeeper” and loves spending time with his dog or playing board games with friends.

Yet, no matter what neighborhood you find him in, it all comes down to Creating Connections. He says of the Creative Ambassador projects Patio de Comida and Festival Típico de Guatemala, “This type of place-making work is important because it helps to build connections in the community and create more civic engagement for the neighborhood. The community bonds we build here will help to make this neighborhood more resilient and better able to advocate for its own demands.

“Through our efforts, we hope to help immigrants from Central America feel welcome here in New Bedford and share in the public spaces the city has to offer.  Especially when they are right down the street from where you live and work!”

PrevPreviousThere are no Mission Impossibles for Beatriz Oliveira
NextGerardo Beltrán Salinas: Bringing Los Primos into the LightNext
Scroll to Top